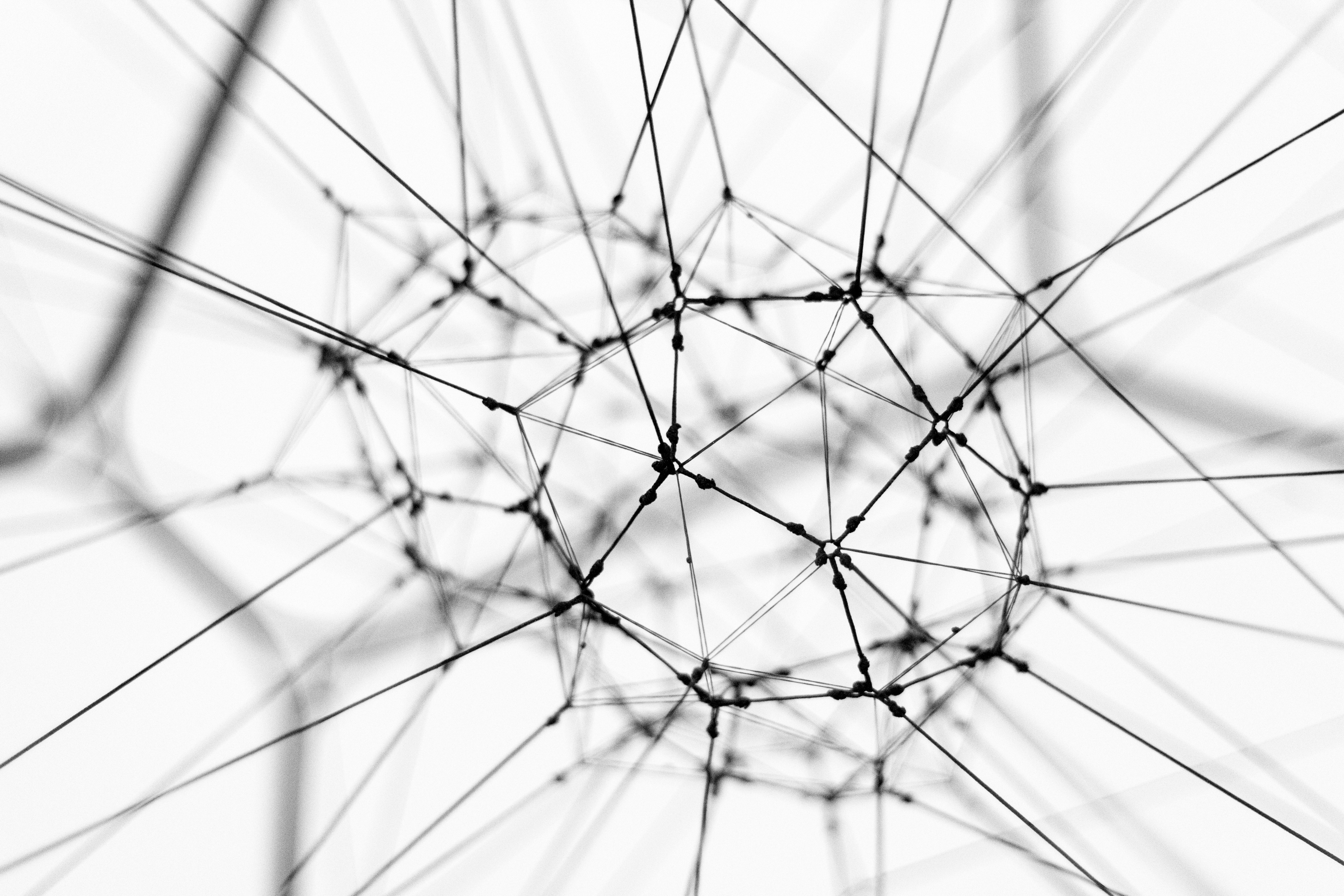 Disclaimer: The bet “ICT-Workshop in Schools” has launched its own webpage! Go check it out and share it!

This is an origin story. A story about where the next generation of digital innovators in Switzerland might come from. It’s also a story for people who like to bet on long shots, e.g. a horse with 10/1 odds against winning (means 1 SFr. bet will pay-out 10 SFr.). The pay-out is high for a good reason, such bets rarely ever win.

So why take a chance on a long shot? Because sometimes the crowd and experts are wrong. Sometimes a horse with no previous wins or pedigree bloodline surprises everyone – and makes history. At the 2015 Melbourne Cup, Prince of Penzance, ridden by the first female jockey to ever win the Cup, was a 100/1 outsider in the 24-horse field. Wouldn’t you have liked to have a piece of that pie?

The Education Digital challenge bet, “ICT-Workshop in Schools,” looks a lot like an outsider. It has no high-profile CEO table Captain, no blue-chip corporate sponsors. It’s saddled with the weight of large bureaucracies like SBFI (State Secretariat for Education, Research). The bet’s collaborators are enshrined Swiss institutions like FHNW (Fachhochschule Nordwestschweiz, UZH (University of Zurich) and education-centric non-profits like Codillion and ICT-Scouts/Campus. None of the above would immediately come to mind as improving the odds for a wager requiring creative collaboration and speed of execution.

After speaking to bet captain Rolf Schaub, this bet looks more like an upset in the making than a dark horse contender.

“The project group ICT-Workshops bets that by the end of April 2018, 100 half-day programming workshops will be held with the complete teaching staff of 100 schools across all levels and regions in Switzerland.”

Amateur punters I like myself might write off this bet as a nice idea but impossible to deliver. On my way to meet Rolf at his Muttenz office near Basel, I did the math and it didn’t add up. Subtracting out school holidays when teachers are away, less than 100 school days remain until end of April 2018. Combine and complicate that contradiction by promising ICT workshops with “the complete teaching staffs of 100 schools,” and 100/1 odds seem generous.

But Rolf is not an average challenge bet captain. 57 years old, he has the build and attire of a man equally at home splitting logs in the forest or building a cabin in the far north of Sweden (not far from the truth I learned). The only trace of geek I could see were his wire-frame glasses and full beard streaked with the same grey as his long thinning hair.

Rolf is a teacher. More precisely, He’s a teachers’ teacher – a local school principle and the “headmaster” of ICT-Scouts/Campus, a non-profit he founded five years ago. The association provides services in the field of specialized promotion of young IT talent, supporting young people, teachers and parents. One of his roles is finding and training teachers (he prefers the label “coaches”) who have the passion he has for programming and its application in everyday life.

As soon as I turned on my recorder, I confronted Rolf with my back of the envelope calculations and asked him how many workshops had they already conducted? He answered “We are still null in the face of doing the workshops. But, we are very creative and thought, ‘How can we do this?’ We know the problem with schools and organizing workshops from outside. It’s very difficult because teachers are very special human beings. We decided okay. We make 100 workshops in programming with teachers from 100 schools, but there are two possibilities. We go live in-house, or we do it online. You see the solution?”

Ouch! – did I feel stupid or what. I falsely assumed a traditional classroom environment for teaching entry-level programming to teachers. My old-school thinking didn’t consider modelling the training as a MOOC (massive open online course). When the lightbulb went off in my brain, I saw it could be amazingly simple to offer these workshops as an extracurricular activity teachers do at their leisure. Credit digitalswitzerland challenge as already spawning a new innovation.

Here’s where this bet’s real math gets exciting for the future of Swiss innovation. Rolf explained, “there are not only 100 workshops, also 100 schools. The average for 1 school are 40 teachers. So, 100 schools X 40 teachers, that makes 4000 teachers!” He continued, “You can’t have 50 persons in one course, especially not in learning coding, so we will make small groups. We have the tools for doing (ICT workshops) live and online.”

What you want to appreciate about this bet is the ripple effect it can have on Switzerland’s students from Kindergarten and up, beginning next year! My 2 teenagers’ class sizes average +-25 students. If 4000 teachers will be able to incorporate programming into their regular French, Geography, History, etc. lessons, that’s 100’000+ kids getting programming introduced as a basic tool to use in their everyday regular studies.

Where does the long shot stand?

The ICT-Workshop in School bet is again off and running as you read this. Rolf’s pride having brought the bet forward swells just a little as he tells me, “We have two phases. First is preparation and organization of all the schools, and after that we have to do the workshops.”

The preparation he’s referring to is coding a platform to host the teacher’s workshops. BTW, if you’re a teacher in a Swiss school, or just curious what are the teaching materials for the upcoming workshops, they’re tutorials based on Scratch, a free visual programming language developed by MIT’s Media Lab.

Rolf continued, “That’s what we are developing at the moment. The great problem was (finding) the money. To pay the programmers to code the workshop platform. But the solution is found. I wrote to Joseph Widmer, of SBFI, sent him a project plan, and an action plan. We’ve gotten over 18’000 SFr. for the initial (coding) project to start.”

Joel:    But you said the other part is organizing.

Joel:    Because that’s a huge job, I see that almost a bigger job than the programming.

Rolf:    Yeah. But we have a lot of experience working with schools.

Joel:    You must have a database already and …

Rolf:    A database isn’t important, it’s picking the phone up and calling.

The money lies in the streets

Before we wrapped up our time together, I asked Rolf of any lessons he’s learned participating in the challenge that would be useful for other roundtables as the finish line draws nearer?

His face reveals the humility of a man who has arrived at his present destination having taken many wrong turns to get here. But his next words carry a valuable message for challenge bets struggling to finish and the next generation of who will undoubtedly benefit from both successes and failures of this and other innovation challenges.

Rolf said, “I have a house in Sweden. Every time I go there, I’m working through my holiday. And there I wrote this (bet’s) project plan in very few words, but clear – understandable for those who should pay.”

I couldn’t suppress a smile as he candidly admitted, “That’s also the problem. I have a lot of things in my head, but others don’t always understand me. So, I have to put it to paper. What do I really want to do, and what for I want to have the money? And to say exactly I want it for this, and for this. I will make this point once, and the second point, and the third point. And put these goals very clear. That’s what I learned in the last year. Don’t say, ‘Hey, I need some money! and I don’t know where from.”

I could have spent all afternoon talking with Rolf. But another commitment called. Another train was leaving. I asked him in parting if participating in the challenge has made any difference in his life? Chuckling at my naivety, he answered, “You’re never too old to learn something new. At the moment, it’s nearly every day I’m finding new things. I’m now 57, and most of my colleagues in this age, they say “Okay, I’m old and what should I do? It’s like a second spring!”

The post Long Shot or Upset in the Making – Place Your Bets appeared first on digitalswitzerland.