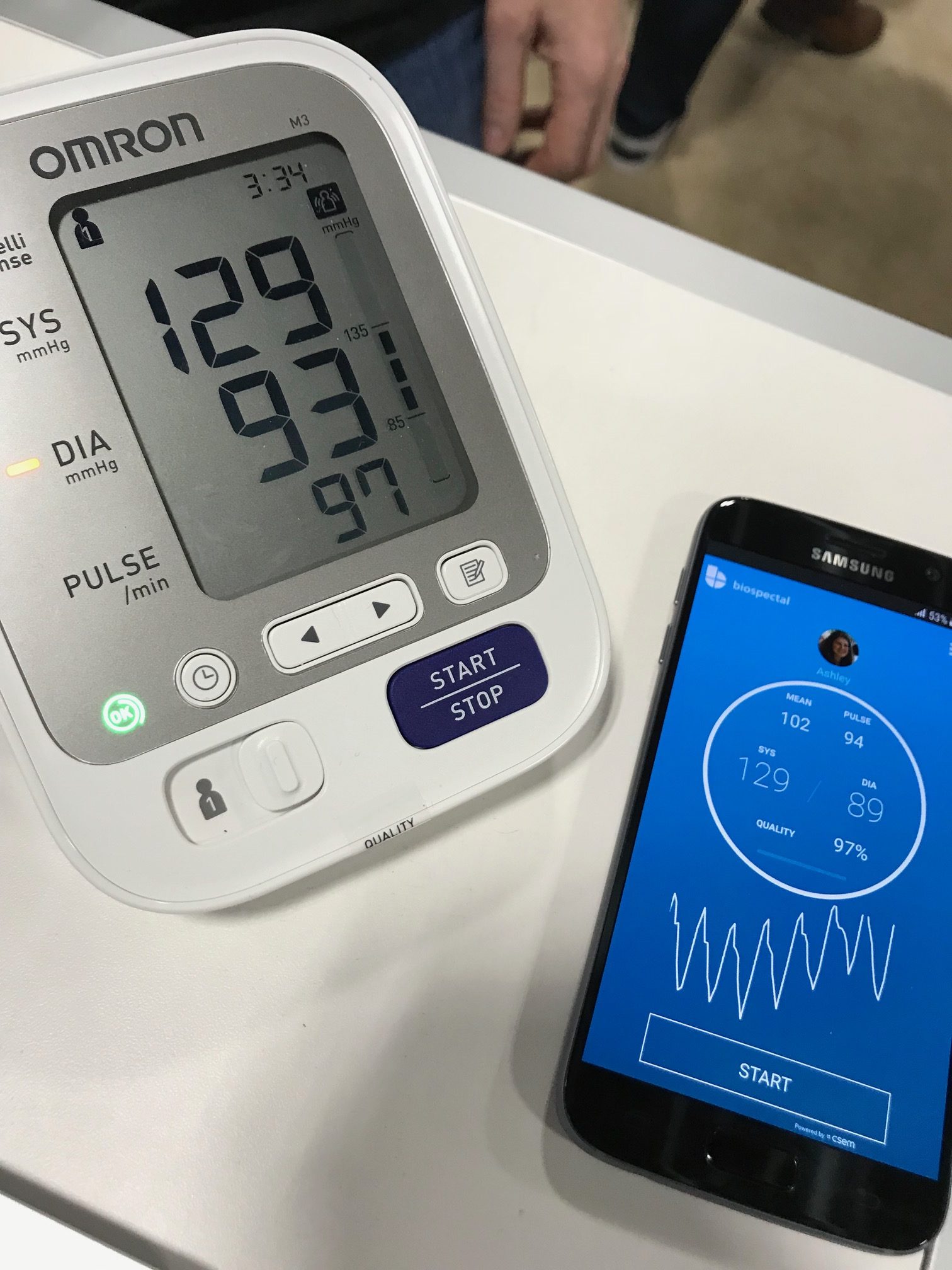 The anecdote which begins Riva’s story is true. Names were omitted to protect privacy. BTW, if you want to catch my 1st Riva bet insights, follow this link to read Riva Digital Part 1

What would you pack in your suitcase?

His awakening to the dangers of HBP (high blood pressure) came too late. 50-something, married with 2 kids and a stressful job that afforded a lake-view home on Zurich’s Goldcoast, but little time for exercise or fitness. He loved his wife, his Swiss lifestyle and assumed his best years lay ahead.

On a cold night in January 2015, the man attended an Ignite Zurich show. Over the following days, it dawned on him that the good Angel of Death, archangel Michael, also attended the show to deliver him a warning. It came in the guise of a hospice worker’s talk, curiously titled, “What would you pack in your suitcase if you knew you were never returning home?”

The next morning, unaware of Archangel Michael on the sofa, he kissed his wife, stepped back — and melted onto the carpet. 40 minutes later, his stricken family watched in disbelief as two paramedics lifted him onto a stretcher. Conscious, but unable to speak or move, his shock went unnoticed when his wife kindly offered to pack him a suitcase to take along in the ambulance.

Medical professionals know this person’s nightmare is a common outcome of prolonged HBP. A staggering 1.6 million Swiss men and women are plagued by it. Tragically, few of them anticipate its deadly consequences such as heart attack and stroke.

As deceptively simple as its cure is complex

HBP is the leading cause of death in Switzerland. To visualize the economic and emotional impact, consider its death toll equals the population of Zurich – every 12 months! Despite this notoriety, HBP has retained its shameful #1 ranking for years. The reasons why are as deceptively simple as its cure is complex.

Hypertension remains a consistent killing machine for two ignoble reasons: ignorance and invisibility. Recently I spoke with RedRock founder and Riva Digital core team member, Tobias Pforr. He told me, “very few people understand BP or that HBP has a lot to do with a person’s lifestyle.” Tobias sheepishly admitted he personally had never thought about BP, until during a routine eye examination, the optometrist – no pun intended, opened his eyes to the subject.

Earlier this month, Dr. Thomas Guggi, orthopaedic consultant with Schulthess Clinic, and a key link assembling Riva Digital’s ecosystem, described the second reason why HBP claims so many unwitting victims, “… it doesn’t hurt, it isn’t painful, you don’t realize it until in many cases, it’s too late.”

But frankly, the fact it is stealthy doesn’t square with its ungodly butcher’s bill. Thankfully for the employees, customers and eventually you, me and the world, neither did it square with E-Health roundtable partners.

Nine months after Riva declared their bet, insiders point to Riva Digital as a “poster child” among challenge roundtables. They’re not singling out Riva’s team for a “Bachelor” casting call. Their shout out is a salute for identifying a massive global problem and fashioning a scalable solution using digital innovation and Swiss collaboration.

It’s tempting to assume Riva Digital winning this challenge, saving millions of lives and helping secure Switzerland’s leadership as a global hub for digital innovation. The trouble with assumptions are until facts prove the hypothesis, they remain an informed best guess.

Last week in conversation, Tobias cautioned that in spite of impressive achievements, Riva is still, “an experiment with lots of moving parts that need to fit together.” Was he being overly modest or does an obstacle loom ahead that threatens success? Judge for yourself. Below are extracts of the bet’s specifics juxtaposed with up to date insider news and perspective.

In an e-mail, I asked about progress procuring people for the 2nd part of Riva’s bet, “… that by April 2018, more than 100,000 people will be involved in the digital ecosystem …”, Tobias shared the good news Riva just signed a company with +100K employees to join their ecosystem. Which strictly speaking, satisfies their bet’s April 2018 milestone.

HIGH FIVES for Riva!! – but nobody’s popping champagne corks yet

The 3rd phase of the bet doesn’t seem important until 2019, “…and one year later these people will have demonstrably lowered their blood pressure.” But hold on. To compare 100K people’s BP a year from now, Riva needs to benchmark 100K people’s BP today!

Hypothetical question: short of offering an extra 4 weeks’ holiday, how would you get 100K employees of any Swiss company to regularly measure their BP? Riva believes it knows the answer.

In our Jan. 16 interview, Dr. Guggi expressed optimism Riva will deliver, “The next target is 100K by 01 April 2018. I am 100% percent convinced we’ll achieve that goal. The next goal will be one year later, proving that we were able to lower the BP in critical people. But even there, if I look at the technology, if I look at what we can achieve with the app, I am convinced we will make the 100K – also in the follow ups. As for the challenge itself, we need at least two or three measurements throughout the year to show the trend.”

Dr. Guggi’s enthusiasm it turns out, has a lot going for it. For starters, Riva has a secret weapon. The weapon is a beautiful example how to solve a global problem through Swiss digital innovation and collaboration.

What’s got everyone excited is a historic scientific breakthrough. For the first time since Riva-Rocci invented the BP monitor in 1896, people can measure their BP anytime, anywhere — using only a smartphone and Riva Digital’s new app.

Ten years in development, the revolutionary technology was created by Josep Solà and his team of scientists at CSEM. “The algorithm works by differentiating colours,” team member, Mattia Bertschi, tried explaining to me over the phone. “It observes a signal and processes the parameters.” He chose not to go into further detail, either due to trade secrets or because of my neophyte science.

Mattia confirmed their technology powers Riva smartphone apps developed by CSEM industry partners (and Riva partners), Biospectal and Altran. Earlier, Tobias had informed me Altran initiated app development around the CSEM algorithm and Biospectal (founded Aug. 2017) joined in later as they were also developing an app in parallel. For more info on the app, read this interview with Biospectal founder, Dr Patrick Schoettker, by Swiss Digital Health.

Andreas Kuhn, CTO/Program Director, Altran Switzerland, explained how easy people can get their BP measured using the app. It only requires placing a finger on a smartphone camera lens and its flash. The app sends that data snippet to CSEM’s algorithm, which instantly returns a measurement to the user, e.g. 120/80, as accurate as your doctor’s office bulb and cuff monitor. Enhancements may include opt-in reminders, graphical trends or personalized incentives from a Riva partner like TopPharm or Die Post.

If you suffer HBP, or want to prevent it, help is coming sooner for some than others. Ask your company’s health department if they’ve opted-in to Riva’s ecosystem. If not, tell them Riva’s turnkey system will organize everything: data exchange, coordination, etc.

Once their website, rivadigital.ch, goes live, it should be as easy to participate as it will be to measure your blood pressure. Riva’s bet partners have a holistic approach to subdue this quiet killer. The extraordinary digital innovation of the new app, the many channels among multiple partners now being activated, the commitment of Riva’s leaders; foretell a healthy prosperous future for Switzerland.

On a final note, though I do have insider information, my reasons for betting Riva Digital, “to win,” are personal. I want them to win for good people like the man who packed a suitcase, for people like my father, who died a year ago after a paralysing stroke, for good people of all nations, so they are aware and take action, before it’s too late.