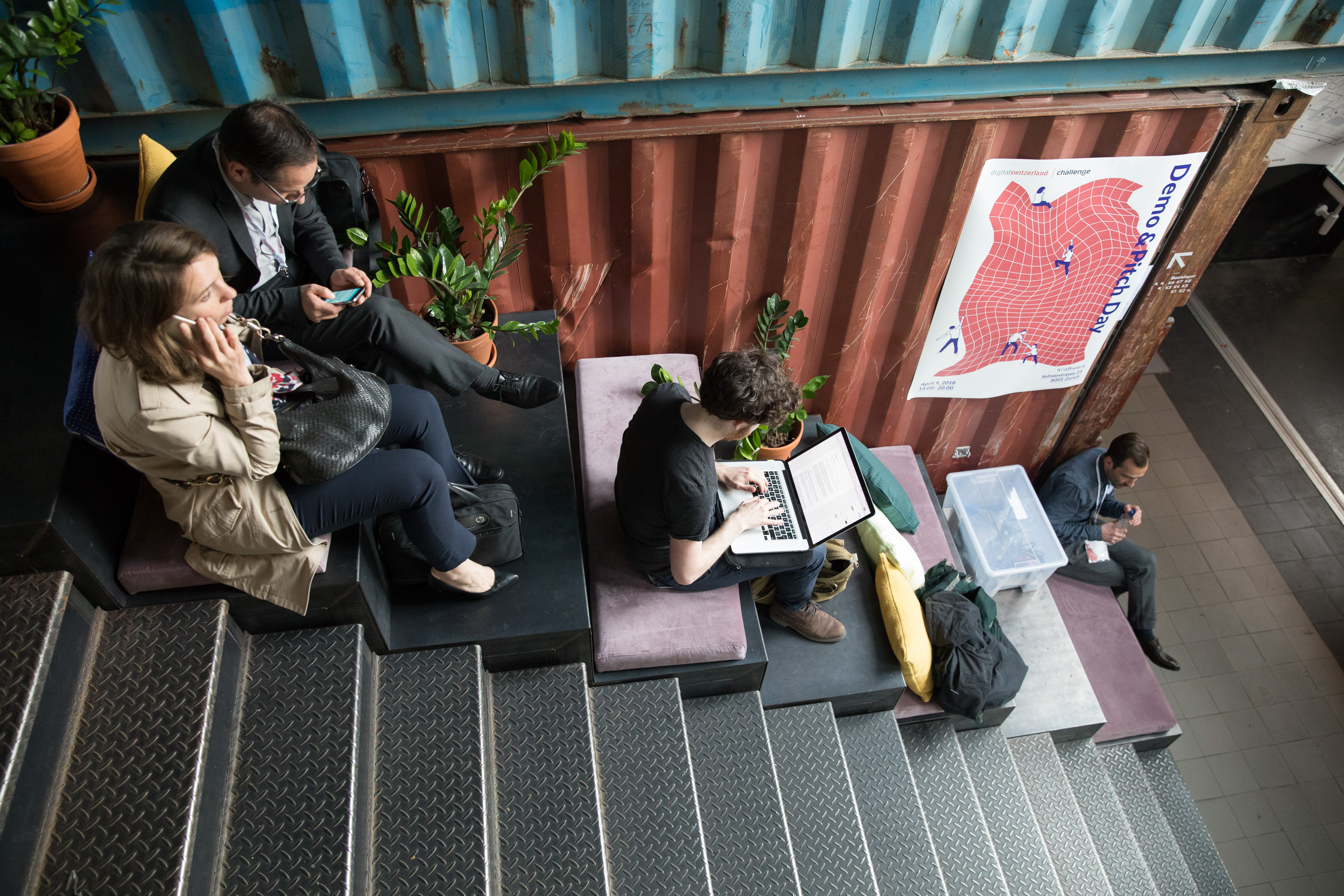 If you’ve been following my challenge insights these past months, you know it’s been impossible to predict which bets would even reach the finish line, let alone speculate who would win the roses. Trailing behind the four judges as they visited each bet team’s demo in Kraftwerk’s welded jumble of shipping containers, I noticed even heavyweight bet teams doing their best to maintain an appearance of confidence for their MVP’s performance amid the judges’ inquisition.

In an earlier chat I had with Stefan, he said, “Pursuit of innovation is very simple, because there’s no such thing as alchemy (seemingly magical process of transformation) to create innovation. It’s the combination of already known things.”

It’s too soon to tell if the open challenge will uphold Stefan’s firm belief that, “it’s right to get people together. They’re more creative, they’re a lot more powerful in finding new solutions for existing problems.” We’ll know a year from now how the open challenge bets fare, but the results of the challenge round one clearly support Stefan’s innovation creation hypothesis.

Take the winning e-health bet, Riva Digital, for example. Riva Digital began life as a mashup. Everybody who was anybody in the health industry jumped on its bandwagon. Crowding around its initial roundtable were commercial interests like TopPharm, mega-corporates like Migros, venture capitalists, hospitals, lawyers, elite Swiss universities, consultants and rocket scientists at CSEM – to name only a few of its 27 collaborators (at last count) – led by a table Captain, Claudia Pletscher, from Swiss Post.

With so many diverse self-interests at the same table, Riva’s bet could have easily devolved into something like the United States’ Congress and its dysfunctional President, unable to agree on anything or get any meaningful work done. Yet the opposite transpired. Riva’s partners combined their own (known) resources in novel ways, and executed a plan they iterated, or made up together on the fly.

Catching Tobias Pforr, founder of RedRock, challenge coach and Riva team member, before awards were announced he said, “I find it really amazing what this team has accomplished in one year. But it’s not finished. We have a lot more to prove in the next stage.”

A little later, I asked him if Riva’s smartphone blood pressure app would make a difference in the world and stimulate more innovation in healthcare. In a measured voice he said, “The people behind the bet, they’re going to have a tremendous impact on people’s lives.” The look of wonder on his face showed he still finds it incredible what Riva has accomplished. He continued, “Seeing what is possible, with just a few people catching fire, and going for something … I hope that (Riva Digital) will ignite other people to dare to do something with a high risk of failure.”

Soon after the C-Shares bet team returned from their victory lap, which included a few beers to toast their bet’s success, Luka Müller, partner in MME Legal and mastermind of its framework, took time out to offer his perspective what their C-Shares bet means for Switzerland. “For the first time in history, a Swiss share is being printed and transferred from one person to another, without any transactional intermediary. This is the world’s first … and that is sexy.”

As I was struggling to align ‘sexy’ and ‘world’s first,’ Luka ran out ahead and said, “It’s one of the most sexxxxiest bets you can actually think of. It’s a crazy bet, you know, when you start with a crazy bet like DAURA, you never THINK of what work you have in front of you. But lucky, it is a challenge, and it is a bet, with a clear-cut timetable. Because without a bet, it would not have worked out so well as it did for DAURA.”

The crowd milled around us as Luka continued, “When you’re in a project like this, you’re never completely sure you’re on the right track. As a venture, you do something that’s never been done before. You have these doubts …” Then his body language and voice brightened, “but if you have a savvy team and community like (digitalswitzerland), telling you, ‘hey guys, you’re on the right way,’ well it makes you happy.”

His team was waiting for him to continue celebrations, but I asked Luka to share what lies ahead for the Fintech bet collaborators and DAURA, since they had placed a new bet for round two of the challenge. He said, “A concept like a Swiss C-Share is very new. You have a lot of traditional entrepreneurs, owners of companies. You need to convince them that this is ‘Stage 2’ of investment life. You can only convince them this is good for them with a very very good product, which on a price level, is sensible. This is our challenge in the next 12 months.”

With his focus already on delivering the next tranche of digital innovation, Luka’s outlook reminded me of something Nicolas Bürer, Managing Director, digitalswitzerland told me. “At the end of the day, the (challenge) strategy is about showing to the world that we can, as a country with such a collaborative approach … execute projects.”

Twelve bet stories and six months ago, I began this assignment looking to validate the challenge conviction, “Innovation has always been and will always be the key factor for Switzerland’s prosperity.”

As I file this last story, I’m proud of the women and men who answered the challenge call. Who had the audacity to conspire and declare crazy bets. Who accepted the likelihood of failure, but executed in spite of the risks to help ensure our prosperity.

The post Challenge Race Results are final –will the Bets pay off? appeared first on digitalswitzerland.