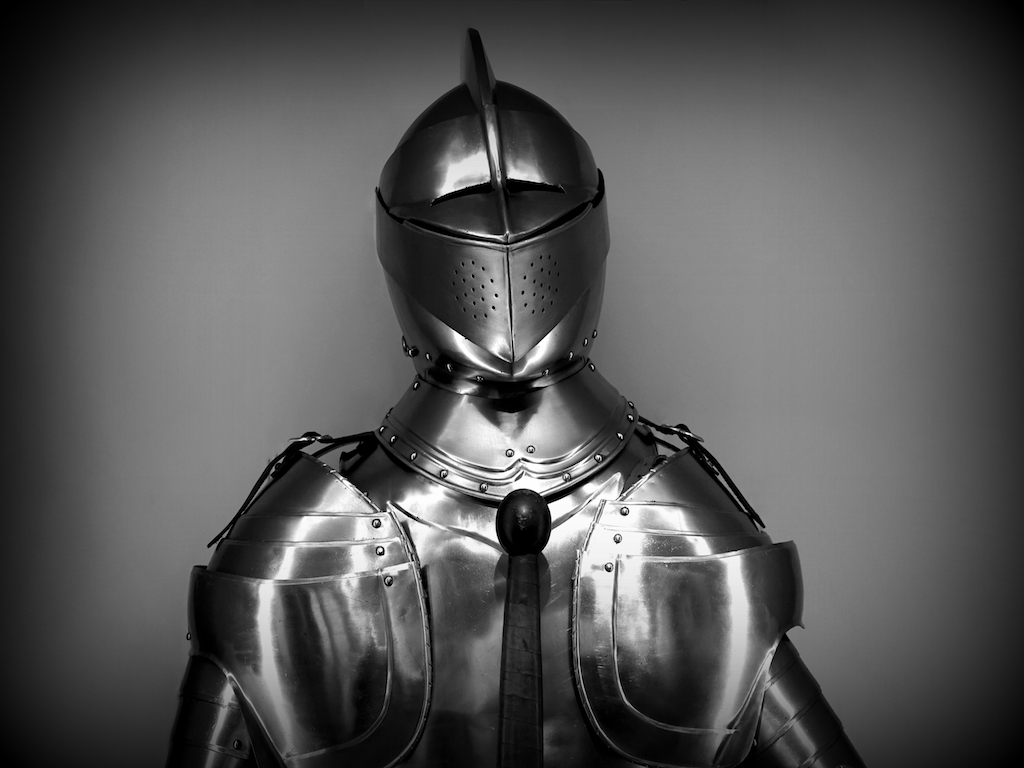 The following challenge post was filed in December 2017, but due to a management change with one of the bet’s partners, could not be posted until now. New insights to follow soon. Despite the likelihood (official announcement expected in Q1 2018) that Blockchain has found their white knight, the difficulties this roundtable faces provide useful lessons predicting success or failure for future Swiss public-private innovation collaborations. Reader comments welcome.

Every horse race has its favorites to win. You can tell which ones by checking the odds set by bookmakers in the racing form or live tote-board where information such as track condition, pools (total amount of money wagered), odds, and payouts are posted.

As I noted in, Who will finish in the money? some digitalswitzerland challenge bets have been off the pace and are only now finding their stride. Case in point, Digital Real Estate roundtable, betting on Digitalizing Swiss Building Standards, has started writing specs in earnest for their digital modelling scheme.

Other bets, like Blockchain’s, bolted out to early leads and as recently as September, appeared to be the odds-on favorite to win, reported Naila Malemusa. But like Royal Ascot or the Kentucky Derby, no bet is a sure winner until they cross the finish line.

Inside the war room of Blockchain

For this story, we’re going inside the war room of Blockchain, one of ten roundtables still in the running as teams enter the back stretch of the challenge. Because with only five months left to reach the finish line, Blockchain’s bet has hit a hurdle, underscoring the difficulty of fostering innovation across public and private sectors – even when the prize is helping move Switzerland into pole position for global digitalization leadership.

Things began well for Blockchain roundtable and its high-powered collaborators: IBM, Ernst & Young and Swisscom. In April 2017, their bet won a straw poll for “Most Lucrative Bet,” among its peers when digitalswitzerland sounded the bugle call to begin the challenge race.

I wasn’t personally at the event, but since meeting some of the Blockchain players and envisioning the impact their bet will have for entrepreneurs and SMEs (small & medium enterprises) in Switzerland and around the world, I get why their wager was honored with the award.

That’s not good enough for Switzerland

Blockchain’s bet aims to wipe out Switzerland’s embarrassing rank of 54th and 56th (among 138 countries), respectively for the number of procedures and days it takes to found a Swiss domiciled business. Daniel Haudenschild, one of the Blockchain Table Captains, cited this disturbing statistic as a prime motive behind their bet. A former partner with Ernst & Young, in early 2017, he took the reigns as CEO of a new Swisscom enterprise, Swisscom Blockchain AG, to focus exclusively on applying blockchain technology.

During a recent conversation at Swisscom’s four-storied labyrinth of open-space offices, clearly designed with a millennium workforce in mind, Daniel recalled a discussion among his roundtable collaborators. “They (World Economic Forum) said we were somewhere behind the Republic of Congo and a few others … and we said, that’s probably not good enough for Switzerland. We need to change that.”

At face value, “We need to change that,” sounds like a standard reply by a CEO confronted with an commonplace corporate problem. Yet the change he is referring to is the bet named “most lucrative,” among all challenge bets – no small feat in a contest that boasts many other bets which have tremendous commercial potential.

True to the spirit of the challenge, Blockchain’s bet grew out of digitalswitzerland members’ certainty many important innovations will never be attempted. Daniel put it into context like this, “If companies find a good business case for blockchain, then they go and create a blockchain in their private environments, which works for them very well; they’re the main beneficiaries of it and therefore have no issues sponsoring it.”

Daniel explained why something as game-changing for Switzerland as a digitalized Commercial Registry would never be attempted by a Swisscom, an IBM or any other private enterprise. “When the blockchain turns out to be a larger infrastructure question, it gets put to a (challenge) roundtable because no one (private) entity has enough, has one solid benefit from it.”

In Blockchain’s example, roundtable collaborators are betting on delivering a crucial innovation for the good of Switzerland, that offers no short-term business case for participating companies, or ROI (return on investment) in the foreseeable future. Such innovation is not for the timid or financially insecure.

“The Handelsregister (Commercial Registry) blockchain is a very similar thing,” Daniel continued. “It would be great if we had one, but the people sponsoring it would be 26 different cantons.” The note of sarcasm in his voice hints how unlikely Swiss cantons will soon build and finance a digitalized Commercial Registry.

Long road from MVP into production

Minutes are expensive and time a scarce commodity for a pure-play blockchain CEO. Sitting in on our conversation, Michael Lewrick, Swisscom Blockchain COO, politely reminds his chief of an approaching conference call. Daniel took the cue and cut to the chase: “If we were successful, we would have a digital Handelsregister. At the moment, we don’t. We’re at the MVP stage. There is a long and yet unclear road as how we can get this (MVP) into a production environment where we actually have one.”

Nearing the end of my time allowance, I asked him what insiders and observers consider a key question for all challenge bets currently running, “What’s at stake if this bet wins or falls short for the average Swiss citizen?”

Daniel must have liked my last question, because his presence noticeably grew larger. “I think that if it’s easy for companies to be founded here from abroad, then IP (intellectual property) and entrepreneurs and the business they bring with them, will come. And they will find Switzerland to be a very attractive place to do business. If you combine that with so much ICO (initial coin offering) capital that’s been coming in as a vehicle to fund new enterprises, then you realize that we provide potentially some of the most stable, some of the most lucrative, some of the most interesting places to do business at the heart of Europe.”

Why should they come to Switzerland?

He continued, “So what’s at stake for the guy walking the street? More jobs, more job security, keeping Switzerland at the forefront of innovation and thought leadership in the digital revolution worldwide. If it doesn’t come to pass, we will continue to be number 56th on the list of countries in the world as far as the ease of which to open a business, and then several countries …”

Daniel’s voice trails off thinking of the consequences for Switzerland if Blockchain can’t connect all its links, “… Lichtenstein’s easier, Estonia’s easier, Latvia’s easier, Belgium’s easier, Amsterdam’s easier; there’s many different places to do business.” Raising a red warning sign of what’s at stake for our future prosperity, he closed our interview with a rhetorical question, “why should they come to Switzerland?”

Already back in September, when Blockchain unveiled its digital Commercial Registry MVP, two obstacles were cause for concern – and continue to bedevil its Captains and collaborators.

One is finding the money to pay for the “last mile” – the final development costs of implementing their bet’s MVP. (FYI: all challenge bets must be self-financed as defined under the contest rules. But I sensed from Daniel, and his roundtable co-captain, Johannes Höhener, Head of Fintech Swisscom, they perceived the financing problem more of an annoying to-do in the life of a busy tech executive – than an insurmountable obstacle to their bet’s success.

The second – and graver obstacle is filling a missing link in the chain of procedures to found a Swiss-domiciled company. It’s worth remembering, Blockchain is not proposing a new system – but digitalizing the existing system using blockchain technology, thereby shortening the process from its current lethargic 4-6 weeks to 48 hours.

Blockchain quiz: can you find the missing link?

Below are the legal steps a business must follow to found a Swiss-domiciled company. Without reading ahead, guess which partner (shown in bold) do you think Blockchain’s bet is missing?

You’d be wrong if you guessed cantonal bureaucrats at Commercial Registers were the missing partner in this new digital eco-system. Perhaps not surprising, given the avalanche of recent ICOs and the rise of what has become known as “Crypto Valley,” canton Zug authorities were enthusiastic supporters of this bet from the start of the challenge. The same is true for an engaged cadre of lawyers and notaries also based in Zug.

No, it’s not a public partner Blockchain’s digital eco-system needs. They need an enterprise with a Swiss banking license who can provide a blocked account (in German: Kapitaleinzahlungskonto or Sprerrkonto) service to company founders. Which was surprising to me. Have not Swiss banks been in the forefront of launching innovative digital banking services?

A quick search confirms Swiss banks like UBS, Raiffeisen Schweiz, PostFinance and many others offer the requisite blocked account service. On their “business-easy” website, Credit Suisse advertises how happy they would be to open a blocked account (a.k.a. Capital payment account) for you.

The headline reads, “We would be happy to open a Capital payment account for you.” Which is immediately followed by the text copy “… in just a few steps and entirely paper free. All you have to do is enter the data, verify your identity via a video call*, and sign online. You will receive your account details in just a few minutes ***.”

An * asterisk offers a clue to Blockchain’s missing partner

Did you notice the triple asterisk (***) at the end of that text? I would have skipped it too if I wasn’t looking for clues to the problem of finding Blockchain’s missing Swiss banking partner. The footnote states, “ *** Subject to the bank’s review and acceptance of the application.” Innocent disclaimer? Something we’d expect a bank to insert into all their marketing collaterals.

Call me curious, but I wondered if that triple asterisk might have something to do with Blockchain’s missing link. Might this KYC (know your customer) axiom be the true obstacle to a digitalized Commercial Register? To investigate my hunch, I arranged to speak with the other half of Blockchain’s primary sponsor, IBM Switzerland.

On January 8th, 2018, Christian Keller took over the top post at IBM Switzerland from former IBM CEO and Blockchain roundtable Co-Capitan, Thomas Landolt. digitalswitzerland regrets that news and insights from our visit to IBM Research Park are pending IBM’s review. Thank you for your understanding. Subscribing to our bi-weekly newsletter is the best way to stay informed of this developing story and all the bets competing in the challenge contest.