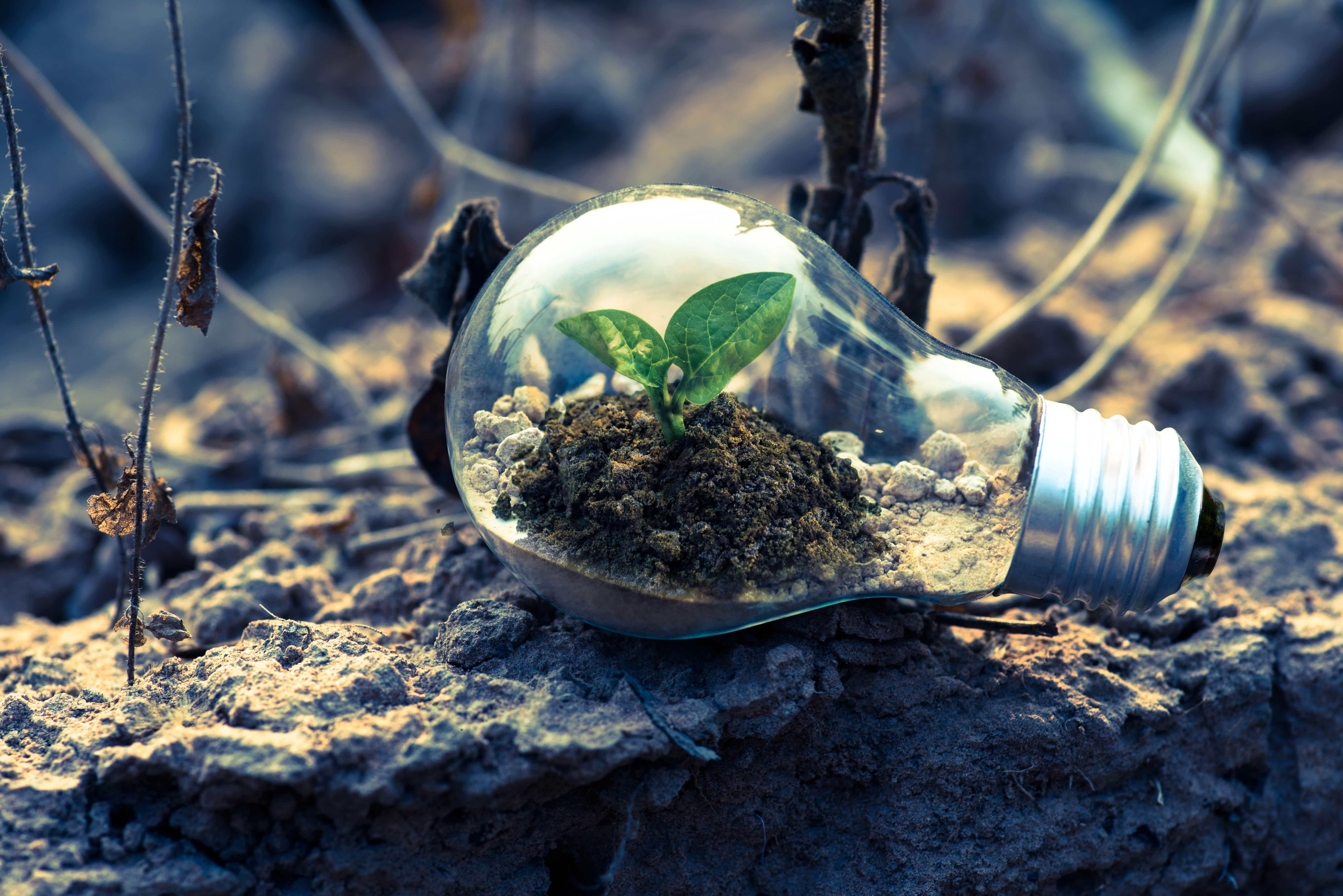 New Year’s resolutions like eating less meat, exercising more or spending more time with friends have a poor track record of creating lasting change. Research shows 60% of us make resolutions but only 8% achieve them. Given the low probability of success for individual’s resolutions, it’s not surprising human’s collective resolutions on a global scale are performing no better.

Two decades since the 1992 climate change treaty went into effect, hardly a week goes by without headlines like this Dec. 5th from the Brookings Institute: “More bad news on the global warming front.” Scientists have told us for decades the dire planetary consequences from ever-increasing CO2 emissions. But it’s not motivated people in wealthier nations to switch to greener energy – nor has anyone a feasible answer for poorer countries where billions of people live today without electricity – regardless of clean green or dirty carbon sources.

Which is why the Green Label for Data Centers (Green LDC) bet matters more than its no-nonsense name would suggest. The beauty of its solution lies in the fact it requires no human behavioral changes, no political willpower, no new regulations, no large economic investments. I believe its approach offers homo sapiens a shrewd tactic in the battle of stopping global warming at 1.5 degrees centigrade above pre-industrial levels. I also consider it a strong candidate for a Matterhorn project.

Most challenge bets originate after identifying a local problem that can be solved using home-grown digital innovation and then scaled to make a measureable impact. Green LDC bet was conceived by top executives at Hewlett Packard Enterprise (HPE) Switzerland. They combined a growing problem facing data centers with a desire to contribute more than membership dues to digitalswitzerland. Having deep data center domain competence, they led formation of a round table with key partners from government, academia and business.

Bet Captain Monica Gille, HPE Director Suisse Romande, equates the issue to hungry elephants, “… data centers are huge consumption animals in terms of energy. Swiss data centers account for 4% of Swiss energy consumption while being accountable for 25% of the data stored in Europe.”

With a lyrical French accent she continued, “At the world level, data centers are the fifth largest country in terms of energy consumption — And growing exponentially due to data and transactions explosion! This is not sustainable. We need to do something. This is the whole baseline for the idea of the label allowing to reduce by 30% energy consumption.”

With the new label ready for pilot phase, I asked Monica how they’ve come so far so fast. Her answer was unsurprisingly for a career spent devising IT solutions for big problems. She said, “It was really incremental. We spent time at the beginning to define the scope. Who should the label touch and why should service providers entertain this label. When we had the main thread, we added partners to give disruptive ideas to challenge our approach. We used “Playing to Win Methodology” that allows you to define the choices you need to make. But at the end … you can’t do everything. You need to define from the beginning priorities and you need to take decisions to make it happen … you need to slice the elephant into pieces.”

Here’s an insider’s tip when picking a racehorse or challenge bet team to wager on. Monica confided, “We (HPE) are handling innovation every day as customers come with short and long term problems. We re-use the (challenge bet) approach that we are using for innovation with customers.” She noted use cases where challenge-style methodology based on design thinking is currently deployed includes a Swiss luxury products brand (name withheld), an EU aircraft manufacturer (name withheld) and the city of Dubai.

Before we sit in with Monica and her bet team, one must get comfortable with some uncomfortable truths. Every second of every day, incomprehensible (to me;) amounts of data are generated, processed and stored. In a phone interview before Christmas, bet partner Babak Falsafi, Director EcoCloud and professor of Computer Science at Ecole polytechnique fédérale de Lausanne (EPFL), tried helping me understand what “exponential data growth” means for our future. BTW, Monica considers Babak and EPFL’s input crucial to ensure the label is expandable and scalable for data centers in the future.

Babak framed the upcoming conflict as “… two IT trends on a collision course. ONE: data is growing as high as 10x/year in emerging applications whereas Moore’s Law will soon come to a stop and TWO: IT energy, once negligible, is costly and no longer sustainable. When I quizzed his grim forecast, he killed off the Intel Inside® cure-all, “Moore’s Law is effectively dead in two years.” If you like scary tech scenarios, but with a light at the end of the tunnel, check out EcoCloud’s geek slide deck here.

Since my digitalswitzerland mandate doesn’t cover travel expenses, I bought a subsidized SBB day-pass from Herrliberg’s town hall and caught the train to Bern where Green LDC partners were meeting two weeks before Christmas at the Swiss Federal Office of Energy (SFOE). Bet partners take turns hosting meetings and this month’s assembly was courtesy of Mihaela Grigorie, Electrical Efficiency Specialist at SFOE.

She wasn’t shy telling me what Bern liked about the bet, “We are very interested in this initiative because it’s coming from the industry for the industry. It’s a voluntary action the industry wants to undertake. That’s why we are pushing from the government side.” FYI both Vigiswiss® (Swiss Data Center Association) and ASUT are proactive Green LDC partners.

Upon arrival for the partner meeting, HPE bet project manager, Fabian Lenz, met me at FSOE’s security checkpoint where we were escorted to a smartly appointed conference room. Fears my outsider status might impede relations were quickly quashed as each person around the table qualified themselves, regardless of team tenure. As intros continued, it became apparent new partners had joined since their last meeting. I wasn’t sure if their warm welcome meant they needed more worker bees or they were genuinely glad to onboard new partners.

By the time Wi-Fi, beamer and presentation slides were sorted, I’d traded business cards with the team’s newest additions: Jörg Schanze, a 30-year IBM data center veteran and René Fasan, Mandate Manager from 7pro solution ag in Luzern. Both were recruited by bet partner Christian Grasser, Executive Director ASUT and both reached out after the meeting offering to help me understand the nuances of data center efficiency.

Only three hours were scheduled for the meeting’s tasks, including finalizing Key Performance Indicators (KPIs) for different pillars of the new label and approving new logo and branding designs. Having sat through my share of marathon meetings, it was refreshing to see how these data professionals debated different options and reached decisions, marching down the agenda items with military-like precision and finishing two minutes ahead of schedule.

Meeting adjourned, everyone followed Mihaela to a small luncheonette a short walk away where I asked Martin Casaulta, HPE Chief Technologist, if every partner meeting ran so smoothly? Martin answered, “Yeah, and it wasn’t just the case today, it was the last one and the one before that. We had some comments during the meetings, but it was always in a constructive way.”

No discussion what should have been done

The fact he calls the meeting’s serious debates mere “comments,” is indicative of the respect he has for the team, and vice versa, the team has for Martin. ASUT’s executive director credits Martin’s team for their bet’s advanced progress. Christian told me, “The biggest challenge was the task that Martin presented today, developing KPI’s for the IT part. They invented an IT efficiency label that was not available so far. This is really the innovative new part of the whole approach – that we will be able to measure IT efficiency in the data center.”

Such cordial collaboration strikes me as a key component to fostering innovation. On behalf of other challenge round tables, I asked Martin, ‘why do you think your bet team is working so well together?’ He set down his espresso before saying, “It’s important that you really lead the challenge. We have a great program manager: Fabian, he co-ordinates, he distributes, does invitations. People recognize we are well structured; that’s the basis for what comes after. Preparation is key, as you have seen from the meeting, they (partners) are prepared once we meet. There’s no discussion what should have been done before.”

Then Martin added the money shot. “There’s also honesty we are not the expert in each and every aspect. We value very much the experience and knowledge others have in their expert subject areas.” I pushed back against his humility to see if there was more to explain their solid progress to date. He added, “Maybe it’s also a chemical thing. I mean, we welcome each other openly, we try to integrate. As you have seen, there’s always a place and time to introduce new members. We want to know each other, understand the capabilities we have around the table.”

After lunch, I sat down with Christian to corroborate my observations and asked how confident he was in their bet’s success. He broke into a smile and said, “It’s really fun. It’s a great team; some people I saw the first time today— also at our last meeting, new people are coming in and every time it’s the same feeling. We are working together and it works. It’s amazing.”

I give Green LDC better than even odds to win this season’s challenge. There’s still 3 full months to go with a lot of hard charging bets setting up for a final sprint to April’s finish line. Judges will be looking at bet teams’ MVPs, pilots, proof of concepts and how well solutions scale.

The wild card is how much weight judges will place on a bet’s likelihood to help secure Switzerland’s future prosperity. To that end, Monica assured me their bet welcomes such scrutiny, “We cannot leave only for Switzerland. The label needs to be of an international scope. It has been designed to be extended to other countries. We want other countries applying it and it will end up importing even more work load into Switzerland.”